It was a busy weekend. 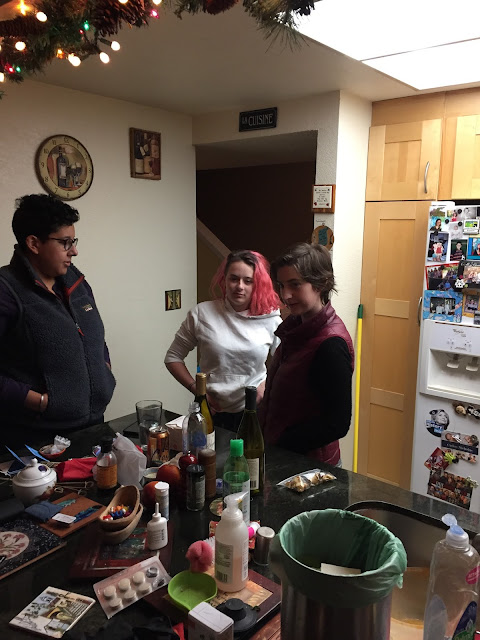 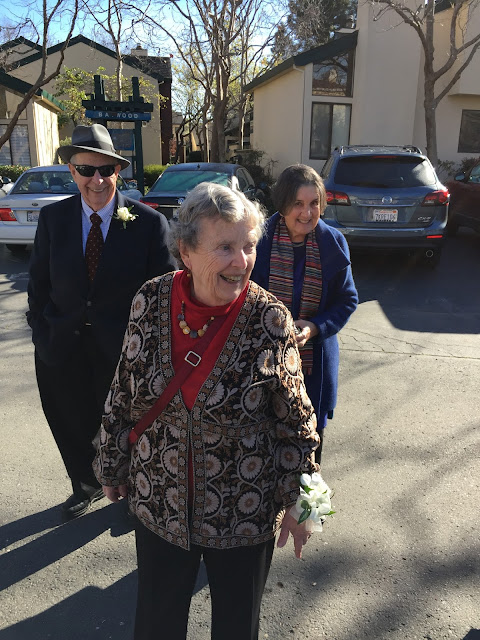 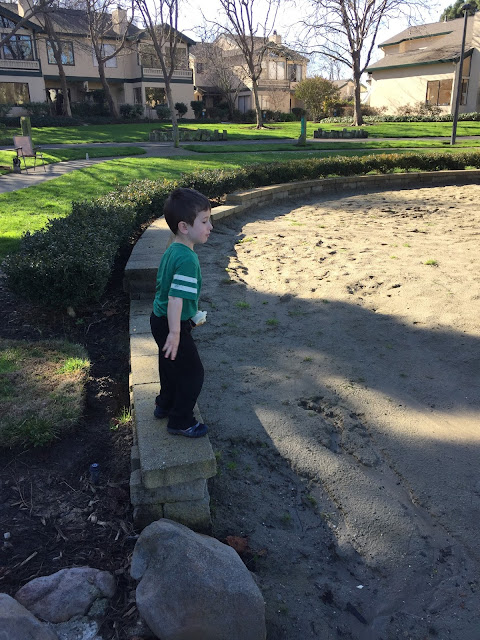 The weather complied and we got some great pictures. 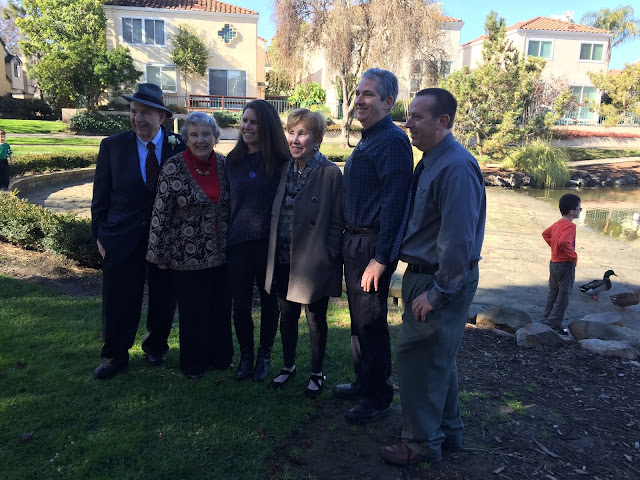 It was a wonderful day. 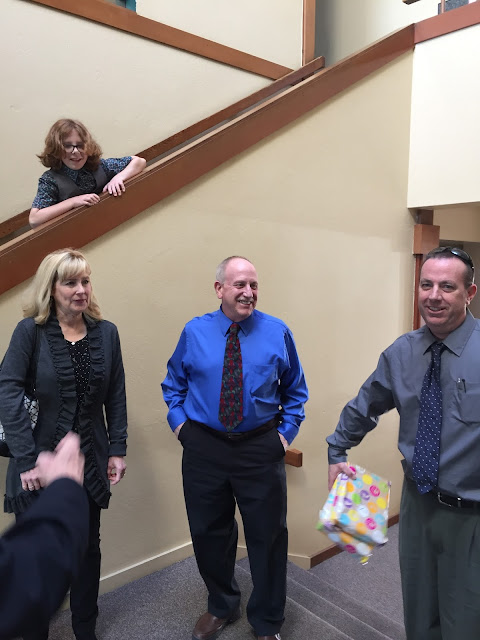 Thank you, one and all! 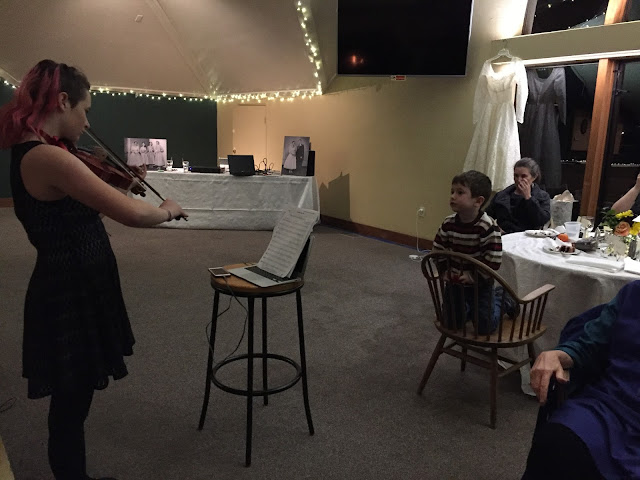 But especially thank you to my wonderful wife.

Cibola Burn is Book 4 of The Expanse.

Cibola, a word not previously known to me, is a name of the location visited by Coronado's disastrous expedition to find the city of gold.

This being The Expanse, however, we're far, far away from New Mexico; our expedition to find the city of gold has taken us to New Terra, a.k.a. Ilus, a.k.a. another planet that we get to through the gate.

We're now deep into The Expanse, of course, and many aspects have become familiar, but Cibola Burn does not flag, and picks up from the slightly-disappointing third volume to return to the excitement and thrills that the series is famous for.

As any thriller must, we need a good villain, and Cibola Burn's Murtry is as foul and despicable as you could possibly want.

And there are many other great new characters, including Elvi, the best biologist-nerd-heroine to come along in quite some time:

Scientific nomenclature was always difficult. Naming a new organism on Earth and even in the greater Sol system had a lengthy, tedious process, and the sudden massive influx of samples from New Terra would probably clog the scientific literature for decades. It wasn't just the mimic lizards or the insectlike fliers. Every bacterial analog would be new. Every single-celled organism would be unfamiliar. Earth alone had managed five kingdoms of life. Six, if you agreed with the Fityani hypothesis. She couldn't imagine that the ecosphere of New Terra would turn out to be much simpler.

But in the meantime, the thing living in her eyes -- in all their eyes, except Holden's -- wouldn't even officially be a known organism for years. Maybe decades. It would be officially nameless until it was placed within the larger context of life.

Until then, she'd decided to call it Skippy. Somehow it seemed less frightening when it had a silly nickname. Not that she'd be any less dead if she bumbled into a death-slug, but at this point anything helped. And she was getting a little punchy.

You know you're reading The Expanse when we get to "the thing living in her eyes". I'm doing my best not to spoil it any more.

By this point, I guess, you either love The Expanse, or you have no interest at all, but if you're in that first category, Cibola Burn delivers.

Posted by Bryan Pendleton at 12:21 PM No comments:

A Look Inside Salesforce Tower

Get an inside look through the eyes of an employee working in the building!

Oh this is a shame

For the last few years my favorite web site had become The Awl.

And now, no more.

Posted by Bryan Pendleton at 8:17 PM No comments:

Andy Weir had the debut novel sensation that, surely, every novelist dreams of: The Martian was a world-wide best-seller, stayed on the best-seller lists for almost two years, and was then adapted to become one of the top ten movies of 2015.

You can only imagine what a life-changing experience this must have been for a guy who spent 15 years writing novels while working full time.

Anyway, Weir is now back with his second novel: Artemis.

In various creative fields, people talk about the "sophomore slump", and it surely can't have been easy for Weir to figure out how he wanted to write his next book. I'm sure he was also feeling pressure from both his readers and his publisher to hurry up and deliver another book.

Artemis is certainly not the book that The Martian was.

However, both as a standalone effort and as a companion piece, it is quite interesting.

And, as you should probably grow to expect from Weir, it's a rollicking roller-coaster adventure ride of a book.

But while The Martian was a book about humans who were in space, and wanted to get back to Earth, Artemis is a book about people who were on Earth, and have decided that they want to live in space.

Weir is very interested in the notion of what it would mean for humans to be living somewhere other than on Earth, which is indeed a fascinating thing to think about, and Artemis is of most interest when you look at it from that viewpoint.

Artemis, as it turns out, spends most of its time spinning tales of completely ordinary experiences that have much more to do with being human beings, than with being in outer space. Rather than being just a sterile laboratory occupied by scientists, as so many "outer space" books are, Weir's outer space civilization is full of everything that makes us human. There are bars, casinos, and night clubs; there are prostitutes, drug dealers, and smugglers; there are petty rivalries, dirty laundry, and double-dealing.

He wiggled his hand. "That wasn't just you. There were a lot of engineering failures. Like: Why aren't there detectors in the air pipeline for complex toxins? Why did Sanchez store methane, oxygen, and chlorine in a room with an oven? Why doesn't Life Support have its own separate air partition to make sure they'll stay awake if the rest of the city has a problem? Why is Life Support centralized instead of having a separate zone for each bubble? These are the questions people are asking.

Moreover, as Weir observes, these aren't actually engineering questions at their root; they are questions about how we organize our societies, a question which is just as important and relevant in outer space as it is here on Earth:

"The next big step is taxes."

"Taxes?" I snorted. "People come here because they don't want to pay taxes."

"They already pay taxes -- as rent to KSC. We need to change over to a property-ownership and tax model so the city's wealth is directly tied to the economy. But that's not for a while."

She took off her glasses. "It's all part of the life-cycle of an economy. First it's lawless capitalism until that starts to impede growth. Next comes regulation, law enforcement, and taxes. After that: public benefits and entitlements. Then, finally, overexpenditure and collapse."

"Yes, collapse. An economy is a living thing. It's born full of vitality and dies once it's rigid and worn out. Then, through necessity, people break into smaller economic groups and the cycle begins anew, but with more economies. Baby economies, like Artemis is right now."

Although Artemis ultimately fails as a work of literature, it is promising as a hint of what Weir is interested in, and where he might go.

Humans in space is a fascinating concept, and thinking about it realistically, rather than in some fantastic sterile implausible laboratory fashion, is how we're going to get to a point where we're actually ready to have humans in space. Building space ships and sending people out in them is just an engineering problem, and we'll solve that, probably pretty soon. But economics, politics, crime, government? These are actually HARD problems.

Writing about them, thinking about them, sharing those ideas, is one way to make it real, and for that, if for nothing else, I enjoyed reading Artemis and will look forward to Weir's next work.

Posted by Bryan Pendleton at 5:16 PM No comments:

A short lesson, this time; perhaps our education is nearing completion and we are moving on to become graduate students?

Clearlake Capital Group, L.P. (together with its affiliates, “Clearlake”) today announced that it has acquired Perforce Software (“Perforce” or the “Company”), developer of the industry’s most flexible, scalable and secure version control and collaboration platform, from growth equity investor Summit Partners. The Company will continue to be led by Janet Dryer, CEO, and Mark Ties, COO, who will both join the Board of Directors alongside Clearlake. Financial terms were not disclosed.

Peter Frankopan's The Silk Roads: A New History of the World is an extremely ambitious book.

It sets out to survey, in a single 500 page volume, some 2000+ years of history of the region which, roughly speaking, spans from Turkey and Egypt to Mongolia and Pakistan in the one direction, and from Yemen to Russia in the other.

That's a lot of land, and a lot of time, to cover.

Certainly if you, like me, struggle to distinguish Basra from Bactria, Samarkand from Sanjan, Karakorum from Kashgar, Mosul from Mashad, Dushanbe from Dunhuang, or Istanbul from Isfahan (ok, well, that last one I knew), then you'll find a lot to learn in this history of human activity in Central Asia over the last few thousand years.

And it's certainly a colorful book, full of great stories of traders, adventurers, explorers, merchants, prophets, and their interactions.

It's an immense scope, though, and Frankopan can barely get going on one episode before he races on to the next, breathless and impatient, rather like the White Rabbit: always in a hurry, but not quite sure where he's going.

I didn't mind any of the minutes I spent with The Silk Roads, but in the end I'm afraid that this part of the world is still rather a blur to me, which is a shame, because I think that's precisely the problem that Frankopan set out to solve.

Would he have been more successful (with me, at least), had he confined himself to a smaller region, or a shorter time period, the better to have used those pages to spend more time inhabiting particular incidents and characters? I'm not sure. I'm not much of a reader of histories, so I suspect this problem is just endemic to the genre, and it really just means that while his book was fascinating, I'm not really the target audience.

Posted by Bryan Pendleton at 12:38 PM No comments:

Before we get to the main event (just be patient), I want you to first spend a little time with something that I think is actually a much MORE interesting story about computer security: The strange story of “Extended Random”

Yesterday, David Benjamin posted a pretty esoteric note on the IETF’s TLS mailing list. At a superficial level, the post describes some seizure-inducingly boring flaws in older Canon printers. To most people that was a complete snooze. To me and some of my colleagues, however, it was like that scene in X-Files where Mulder and Scully finally learn that aliens are real.

Why is this such a great story?

Anyway, enough of that.

I know what you came here for.

You want to hear what good old RowHammer has been up to over the last couple years, right?!

Well, unless you've been living in a cave (and who reads blogs if they live in a cave?), you know that what we're talking about here is Reading privileged memory with a side-channel, also known as: "the latest amazing work by the astonishing Google Project Zero team."

Well, anyway, here are the goods:

It will take a while to dig through and think about.

But, it's important to note: this is primarily an attack against large, shared servers, which typically run software on behalf of many unrelated parties on the same physical system, using techniques such as "virtualization", or "containers".

Those environments are the ones which are spending the most amount of time thinking about what these new findings mean.

Posted by Bryan Pendleton at 8:06 PM No comments: