Too soon, far too soon. 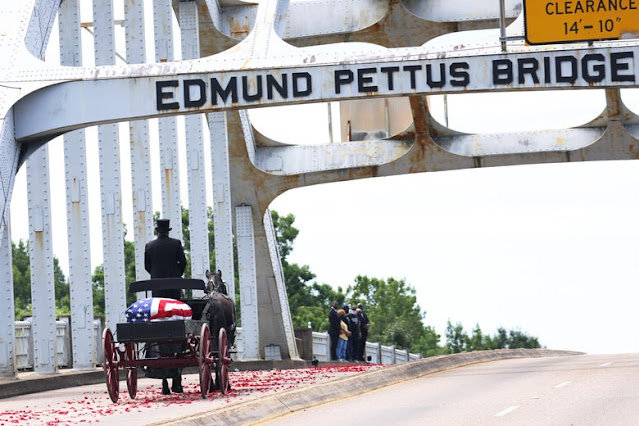 How to be an Antiracist: a very short review

For the last month or so, I've been studying Ibram Kendi's How to be an Antiracist

I use the word "studying" rather deliberately, for Kendi's book is not the sort of book you just glide through. It stops and challenges you, it asks hard questions, it demands that you reflect.

How to be an Antiracist is not exactly a textbook, and it's not exactly an autobiography, though it has elements of both. Kendi takes a trip through his own life, looking back on various events and decisions as they occurred. Through that format, he shows how his life experiences came to shape him, and how he overcame many of those shapings to find new ways to be, new ways to see.

I found it to be deeply unsettling, as it was no doubt intended to be, and profoundly moving.

On the other hand, it's good for me to know that, personally, I still have a lot more work to do. After all, you can't fix something that you don't know about.

Kendi's book is certainly not perfect. For one thing, it can be dense and hard-going at times, particularly when he slips into the language of academic discourse, which is no easy read:

Across history, racist power has produced racist ideas about the racialized ethnic groups in its colonial sphere and ranked them -- across the globe and within their own nations. The history of the United States offers a parade of intra-racial ethnic power relationships: Anglo-Saxons discriminating against Irish Catholics and Jews; Cuban immigrants being privileged over Mexican immigrants; the model-minority construction that includes East Asians and excludes Muslims from South Asia. It's a history that began with early European colonizers referring to the Chrokee, Chickasaw, Choctaw, Creek, and Seminole as the "Five Civilized Tribes" of Native Americans, as compared to other "wild" tribes. This ranking of racialized ethnic groups within the ranking of the races creates a racial-ethnic hierarchy, a ladder of ethnic racism within the larger schema of racism.

For another thing, he makes a deliberate attempt to be encyclopedic, framing chapter after chapter each with their own custom particular themes, which at times makes the overall effect feel rather forced. Some chapters are strong, and could have been longer. Some chapters are weak, and could have been shorter. But the overall structure forces him to tolerate some of those weaknesses.

But, please! Don't let these minor quibbles dissuade you. How to be an Antiracist is a powerful, valuable, necessary book. Kendi is a clear and piercing writer and he illustrates his points with vivid examples, making them crystal clear and immediately recognizable.

I'm tremendously glad I read How to be an Antiracist, and I hope everyone who can takes the time to read it.

Check that. I hope everyone takes the time to study it.

Posted by Bryan Pendleton at 9:29 AM No comments:

Sometimes there are things I realize only slowly.

Having never worked at home before, at least not in the sense of Working At Home, where you are working at home 5 days a week, 12 hours a day, for months on end, I really had no idea what it would mean.

So, content in my ignorance, I just pulled a chair up to the spare desk in the spare bedroom, plunked my computer down on it, and started Working At Home.

After only a couple days, I got myself a better chair.

After a week or two, I plugged in an old spare computer monitor, so I had two monitors.

I continued to fiddle with the setup, adding a mouse so I didn't need to use the trackpad, improving the ventilation and lighting, leveling up to a new much better monitor, etc.

One thing that I didn't understand, though, is that when two people who have been Working At The Office for decades, suddenly both decide that they are going to be Working At Home full time, there is suddenly a big shift in the space usage in the house.

That is, we brought all sorts of New Office Furniture And Gear And Stuff into the house.

And all the stuff that we already had in the house, began overflowing, stacked on counters, stuffed into closets, shoved into shelves in the garage.

You can't just bring a mountain of new stuff into the house, without displacing a more-or-less equivalent amount of Existing Stuff.

So finally, we came to our senses and admitted what was happening.

I'm telling myself that this is short-term, that in a few months we're going to jettison all this Important Office Work Stuff from the house, and bring back the Personal Stuff We Didn't Have Room For.

You know, that is, when life gets back to how it was.

Yes, I realize I'm still lying to myself.

But I'm not drowning in stuff. At least for now.

Posted by Bryan Pendleton at 3:06 PM No comments:

Are none of Charles Portis's books in print anymore?

After half an hour searching around the Internet, it seems like maybe all of Charles Portis's works are now available only from your local library, or as eBooks, or as (strikingly expensive) used books.

Actually, there may still be a paperback run of True Grit out there. But Gringos, Norwood, The Dog of the South, Masters of Atlantis, Escape Velocity; they all seem to be entirely out of print.

At least, if I'm reading the tea leaves accurately (how does one search for that question, exactly?)

I wonder how common this is, nowadays; are publishers finally ceasing print runs of authors even this popular?

Posted by Bryan Pendleton at 8:50 AM No comments:

What a lovely story The Guardian is running about events in the main international chess tournament this week, the Chessable Masters:

Magnus Carlsen in another major final hardly rates a headline at the moment, such is the world champion’s dominance over his rivals. The 29-year-old Norwegian was at the height of his skills as he defeated America’s world No 2 and China’s world No 3 at the $150,000 Chessable Masters this week and so put himself in pole position for his fourth tournament victory in three months

[But] his semi-final against China’s Ding Liren will be remembered for a unique incident which put the match in the record books.

Ding had an easily drawn ending in their first game, but with a minute left he was disconnected and awarded a zero under the rules. The online audience of more than 50,000 showed their disappointment in the only available outlet, the comments page.

The real world may throw up roadblocks, but in the international family of Chess, may fair play and civility always prevail!

Posted by Bryan Pendleton at 5:07 PM No comments:

In the past, the National Geographic would routinely include maps, diagrams, and other material in special inserts inside the magazine, and some of these maps are among the most beautiful ones I've seen.

That practice seems greatly reduced nowadays, but in the latest issue there is such an insert, with a detailed map showing the major river systems and drainage basins that emanate out from the Himalayas, the Tian Shan, the Hindu Kush, and the other ranges of the Tibet Plateau.

And, on the back side of the map, is the most amazing photograph of Mount Everest that I think I've ever seen, or probably ever will see, blown up to a gorgeous six square foot image.

The photograph is panoramic, covering a 290 degree field of vision, and it is actually a composite image, stitched together from many separate pictures taken from an elevation of 27,000 feet above sea level, in mid-air.

Wait, you say! How can a picture be taken from mid-air from 27,000 feed above sea level?

The photography team hiked up to a camp at 23,000 feet at the top of East Rongbuk Glacier.

Then they deployed a camera-equipped drone and were able to pilot it 4,000 feet higher into the air, to a position where it could hover at 26,500 feet above the North Col of Mount Everest, approximately 1.5 miles away from the peak of Everest itself, and the drone took 26 ultra-high-definition images.

Then they successfully recovered the drone, took it to the National Geographic photography labs, and used computer software to stitch together the photos into the astonishing panoramic image.

Posted by Bryan Pendleton at 8:59 AM No comments:

This is fine with me: City of Richmond Begins Taking Down Confederate Monuments

The city of Richmond, Virginia, took down a statue of Gen. Stonewall Jackson on Wednesday as part of a broader push to remove roughly a dozen Confederate-era monuments on city land.

I have to concede, however, that invoking the Coronavirus is just a tiny bit troubling:

Richmond Mayor Levar Stoney ordered the removal of statues on city property, bypassing the new state law’s timetable by extending emergency powers granted by the governor. The mayor framed the expedited removals as in the interest of public safety that is threatened by demonstrators gathering and potentially spreading the coronavirus, as well as injuring themselves or others toppling the monuments themselves. The 39-year-old Democratic mayor, “bucking advice from the city attorney and relying on emergency powers, dispatched a crew to take down the statue after the City Council delayed a vote on removing it along with three others owned by the city along the avenue,” the Washington Post reports. “In addition to Jackson and Davis, the other two city-owned statues on the avenue honor Confederate figures J.E.B. Stuart and Matthew Fontaine Maury.”

But I'm not there. And I'm no fan of the statues. And I can only imagine the frustration that the foot-dragging is causing. And I'd say it's, oh, at least 100 years past time.

Posted by Bryan Pendleton at 6:18 PM No comments: