If you've been watching the Great British Baking Show anywhere close to as much as I've been watching it, surely you've become a mad fan of illustrator Tom Hovey and his lovely drawings of the baking creations that the contestants are TRYING to achieve.

Hovey's illustrations manage to be accurate and clear while also being simple enough that you can grasp the baker's intent during the few seconds that it takes for Noel to voice over the drawing with a two sentence description of the intended bake.

I eagerly look for Hovey's drawings, and find that they really improve the show for me, because I have a grasp of what is being attempted in my head, and now I can observe where the challenges turn out to be.

And often, I find that the challenges came from very unexpected sources, which is part of why the show is so fun.

Anyway, here's a nifty little article about Hovey: 'Great British Baking Show': This Guy Rescues Even the Most Disastrous Bakes:

Hovey, 39, has been making illustrations for the popular reality show since its beginning in 2010. Black ink delineates the colorful swirls of meringue, crumbles of crust and fruity layers of filling that show up from bake to bake. He shows how icing might drip artfully down the side of a two-tiered cake decorated with foxes and mushrooms, or how rosemary whiskers jut out of the snout of lion-shaped bread. In Hovey's illustrated universe, nothing has ever been underbaked.

That lion-shaped bread was astounding, by the way, truly one of the very best successes of the dozen years of bakers and their creations.

Posted by Bryan Pendleton at 12:52 PM No comments:

TODAY'S WORDLE WAS SO HARD!

I thought the recent "ionic", "quirk", and "spiel" were extremely hard, but we found today's Wordle much more challenging.

Today's word was, I think, much more common and ordinary than those other three words.

I think its letter distribution (a single consonant and the two least-common vowels) seemed to just hit the hard-o-meter to maximum.

But we made it!

Posted by Bryan Pendleton at 9:23 AM No comments:

Scalar is now bundled with git 2.38

git 2.38 just came out. As usual, it contains a raft of new features, but in particular it introduces Scalar:

Git’s new built-in repository management tool, Scalar, attempts to solve that problem by curating and configuring a uniform set of features with the biggest impact on large repositories.

If you use git, but don't know about Scalar, here's some background information:

Note that that last article is almost 3 years old, but progress hasn't stopped!

It appears that the next step has just happened:

The Story of Scalar

Sparse-checkout definitions are extremely generic. They include matching on file prefix, but also file suffix, or path substring, and any combination. For our target monorepo, we only needed directory matches. With that limited type of pattern in mind, we added a new mode to Git’s sparse-checkout feature: “cone mode” sparse-checkout. A quick prototype of cone mode sparse-checkout demonstrated that Git could reach similar performance as VFS for Git, especially when paired with the filesystem monitor hook. Our critical performance measurement was the git status command, and we were seeing performance within three or four seconds, which was close to the typical case in VFS for Git.

This was promising enough to move forward with a full prototype. We decided to make this a separate project from VFS for Git, so it needed its own name: Scalar.

Back in the day, I spent a full decade working on SCM systems, and I still enjoy geeking out by reading the latest news in the SCM world. This is impressive, amazing stuff, though it's hard to convey the importance in a brief way.

Posted by Bryan Pendleton at 4:55 PM No comments:

Roots FC appear to be thriving

With all the news of sports teams leaving the East Bay for greener pastures, here's a short article about the wild success of Roots FC.

Roots FC are a minor-leage soccer team who use the local community college football stadium for home games and practice in the former practice fields of the Oakland Raiders (who are now the Las Vegas Raiders).

Branded as the country’s first “purpose-driven pro sports team,” the Roots are part of the Common Goal movement, meaning all players and staff donate 1% of their salaries to combat social inequalities. Last year, the club worked with Common Goal to create The Anti-Racist Project, an initiative that helps train players, fans, coaches and executives to tackle systemic racism. Club partners include an Oakland writing center and a local nonprofit that serves immigrant youth through soccer.

The Roots’ founders saw value in centering their approach around a community of Oakland sports fans who’d tired of feeling like pawns in billionaire owners’ real estate ventures. With the Raiders and Warriors now gone, and the A’s threatening to also bolt if taxpayers don’t contribute hundreds of millions of dollars to their proposed Howard Terminal project, the Roots have embedded themselves into Oakland’s fabric without asking for more than the price of a general-admission ticket.

Good on them. I ride my bicycle past their practice fields often, and sometimes I can hear the sounds of training coming from behind the (unfortunately) high security fences.

Posted by Bryan Pendleton at 7:13 AM No comments: 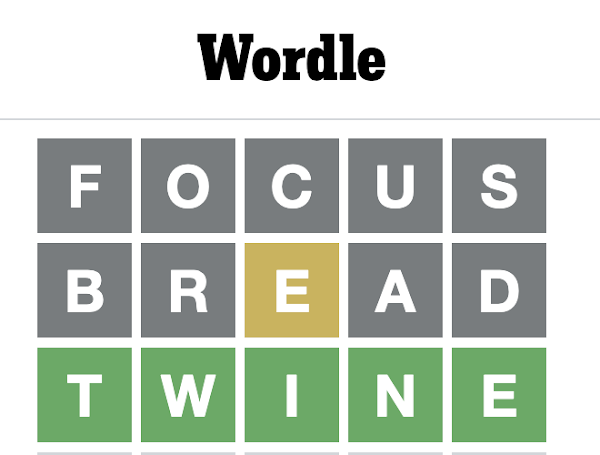 Posted by Bryan Pendleton at 8:28 AM No comments:

That year, though of course I don't remember it, Roger Maris hit 61 home runs. 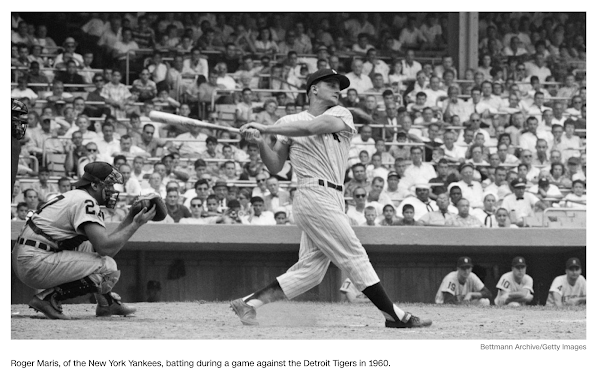 For whatever reason, I didn't realize Roger Maris was a lefty.

A funny number, I say.

His parents were living in California at the time, but they were diehard Yankee fans, and so my friend Roger was named after Roger Maris. 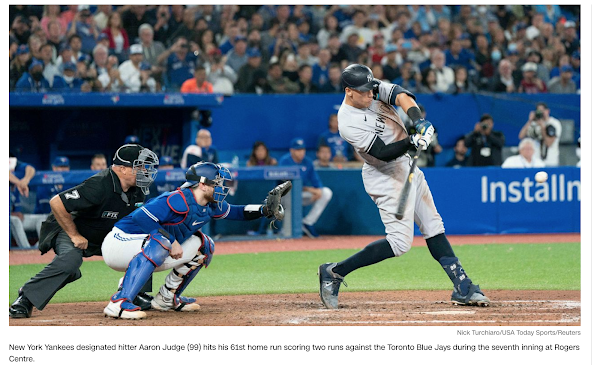 Aaron Judge is also a Yankee. I had the luck to see him play once, in the new Yankee Stadium (I never went to the old Yankee Stadium). 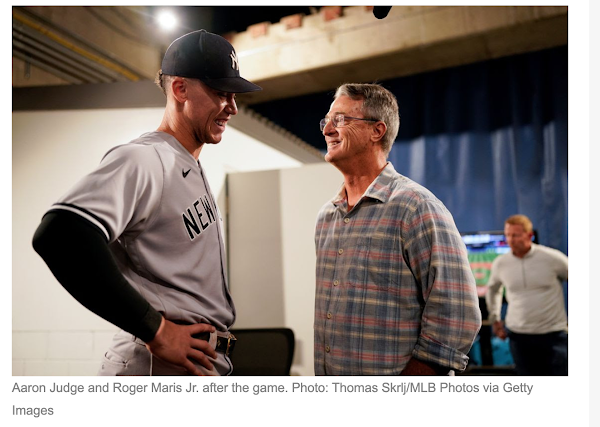 My friend Roger doesn't really look like Roger Maris, but I'm sure he'd be happy with this picture.

I think it can be possible to root for Aaron Judge and also still root for Roger Maris. Other people agree.

Posted by Bryan Pendleton at 8:30 AM No comments: