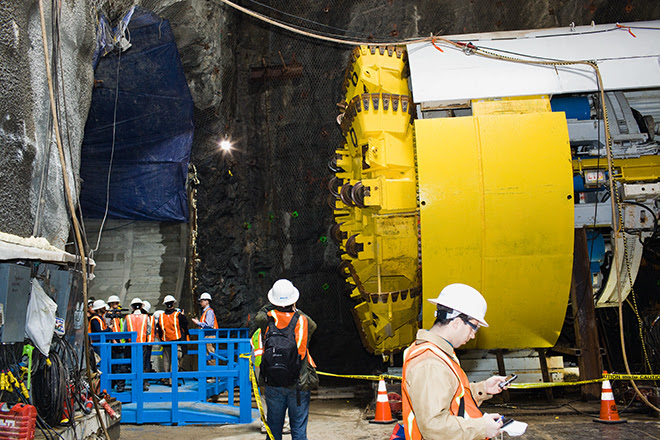 I guess I'm still just a boy at heart, because I love to read stories like this one, about the Second Avenue subway project that's underway in New York City.

Here's a quote to entice you, although you'll probably want to go just for the pictures!

The drill is placed on a track where an array of hydraulic pistons presses it forward. As the drill is applied to the rock, the steel discs on its face shred the stone in its path. The resulting debris, called slag, is collected through a set of channels on the drill’s face and ferried on conveyor belts to the rear of the machine. As more of the rock is drilled, the machine creeps forward along its track. Think of it like a giant earthworm.

Posted by Bryan Pendleton at 10:54 AM