Up comes the Respect

Just as planned, the D B General got right to work today, fastening slings around the Respect and bringing her back from Davy Jones's locker.

My good friend Cal got a nice picture of the D B General, hard at work: 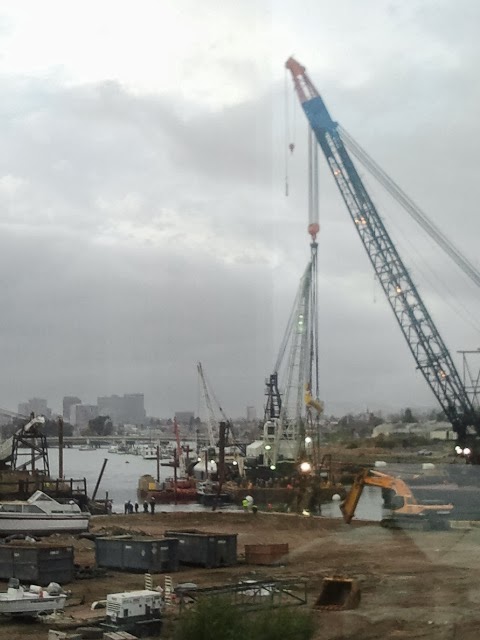 As it rises slowly from the murky depths, it's hard to imagine what the Respect was once like.

Happily, Hamish, a colleague of mine, on and off, for many years, has made a habit of photographing this part of the world, and has preserved several of his pictures online:

It's been a busy several months here on the Oakland-Alameda estuary, with a lot of successful cleanup performed.

I can't wait to see the results when they're all done!

Posted by Bryan Pendleton at 10:08 PM