It was a blast to make a short trip the other day to have lunch with a number of the leading Derby developers.

We're nearing the 20th anniversary of the Derby software; I believe the earliest code (it was then known as Cloudscape) was written sometime in 1996.

Here's a fun picture I took with the Derby developers who were able to attend: 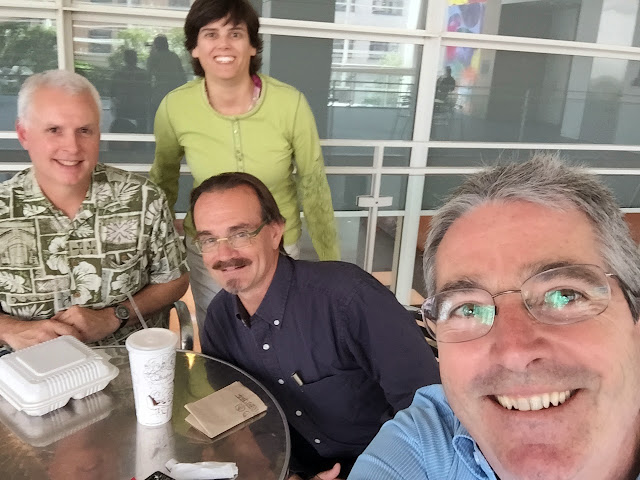 Posted by Bryan Pendleton at 7:50 PM