Rough news for the Derby project

Nearly 20 years ago, when Java was just emerging as an exciting new programming language, a small software company named "Cloudscape" was started up to build database software in Java.

Although I never worked at Cloudscape, their offices were only a couple blocks from my office, and I knew a number of the principal engineers very well.

Cloudscape assembled a superb engineering team and built a powerful product, but struggled to find commercial success as the "Dot Com Bubble" burst around the end of the 1990's. In 1999, Cloudscape was acquired by Informix, and in 2001 Informix was acquired by IBM.

Ten years ago, in the summer of 2004, IBM contributed the code to the Apache Software Foundation as Derby.

For many years, Derby was one of the most active and most successful projects at Apache, with dozens of committers and contributors building new features and fixing bugs, and the project produced release after release after release of new software. Both IBM and Sun Microsystems made substantial commitments to the project, providing material resources such as testing labs and equipment, but more importantly employing some of the most talented engineers I've ever had the pleasure of working with, and enabling those engineers to work on Derby.

It was an open source nirvana.

But in recent years, the community has struggled.

Sun Microsystems, of course, collapsed during the Great Recession of 2008, and in 2009 was sold to Oracle Corporation. IBM remains an independent corporation but is suffering greatly as well.

The end result is that, over the last year, both Oracle and IBM have essentially halted their support of the Derby project. Certainly in both cases this was done for valid and undoubtedly necessary business reasons, but the impact on the Derby project is severe.

It's hard for a non-programmer to understand the attachment that a programmer feels to their code. It's just an inanimate thing, code, but when you spend 20 years devoting almost every waking minute to thinking about it, and concentrating on it, and giving it your best, you grow powerfully attached to that code.

I feel bad for all the friends that I've made over the years, and wish them well. Such a collection of brilliant Java programmers has rarely been assembled, and I am sure that they are all going to move on to much better and brighter prospects.

And I feel bad for the Derby project, which was, at one time, a poster child for what an open source project could be, and for what the open source development process could produce, but is now a codebase whose future, frankly, must be considered to be in doubt.

Personally, I continue to enjoy working with the Derby codebase, and it is a professional interest of mine, so I hope to remain involved with the project as long as Apache will allow it to continue.

I'm not sure why I felt the need to post this, but I didn't want Derby to just quietly fade away without somebody taking a minute to salute it, and praise it, and record what was, what is, and (perhaps) what will be.

To close, let me share what is (I think) the last picture of the remaining Derby development team, taken last fall, just around the time that the people in question were learning the fate that their corporate masters had in mind for the work they devoted the greater portion of their professional lives to. 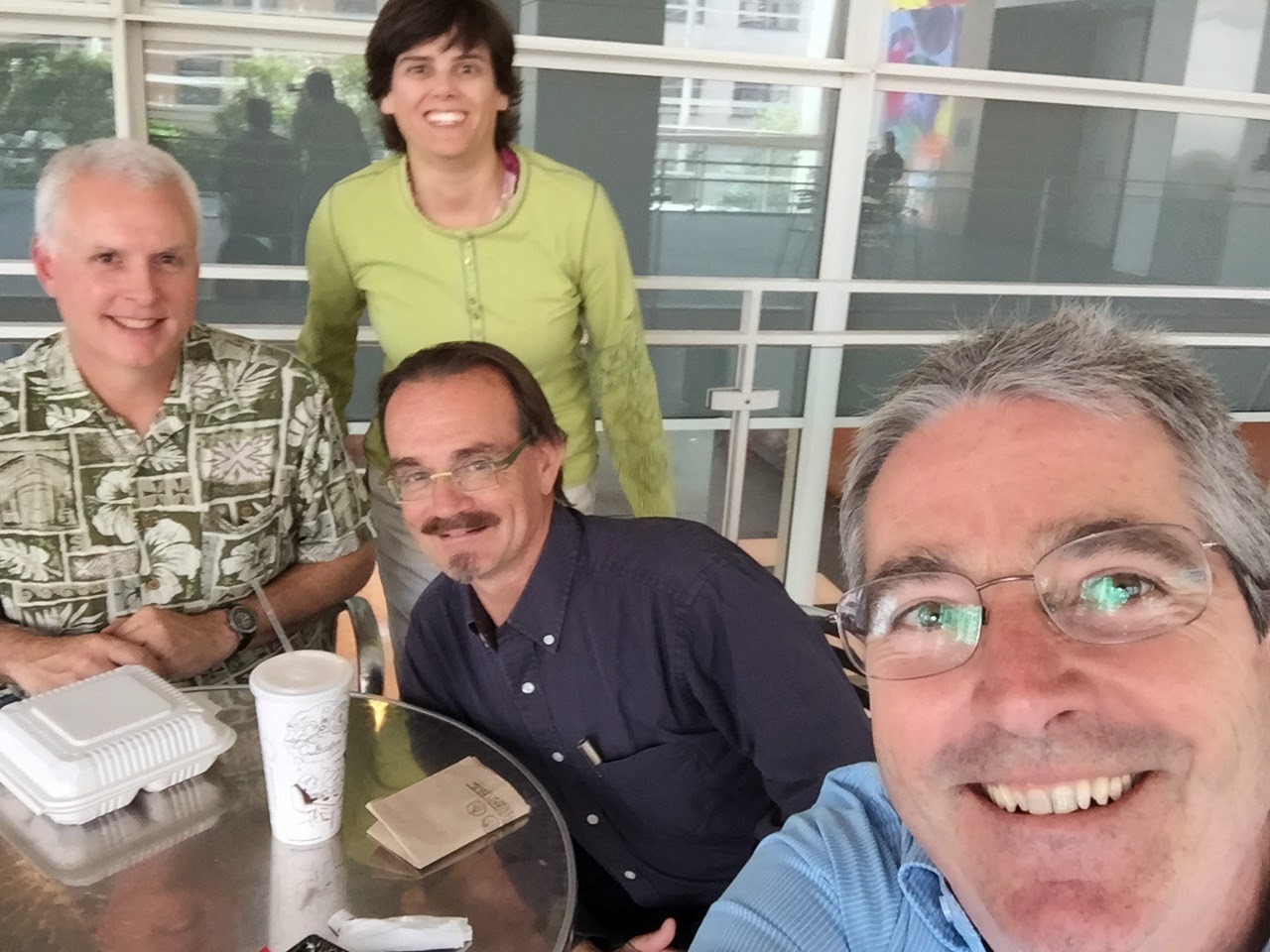 Posted by Bryan Pendleton at 3:41 PM