During my visit to Korea, I was lucky enough to have a bit of time to sight-see. One of the places we went to was the world-famous Gyeongokgung Palace, one of Korea's famous royal palaces.

We boarded the subway and rode to Anguk station, which lets us out onto Gwanghwamun Square, on Sejong-ro, named for Korea's greatest King, Sejong the Great.

Here, a street festival was under way, and we paused to talk briefly with a group of young women very concerned about the comfort women memorial issue, then shared a bowl of (I think) Mul Naengmyun from one of the vendors at the festival. 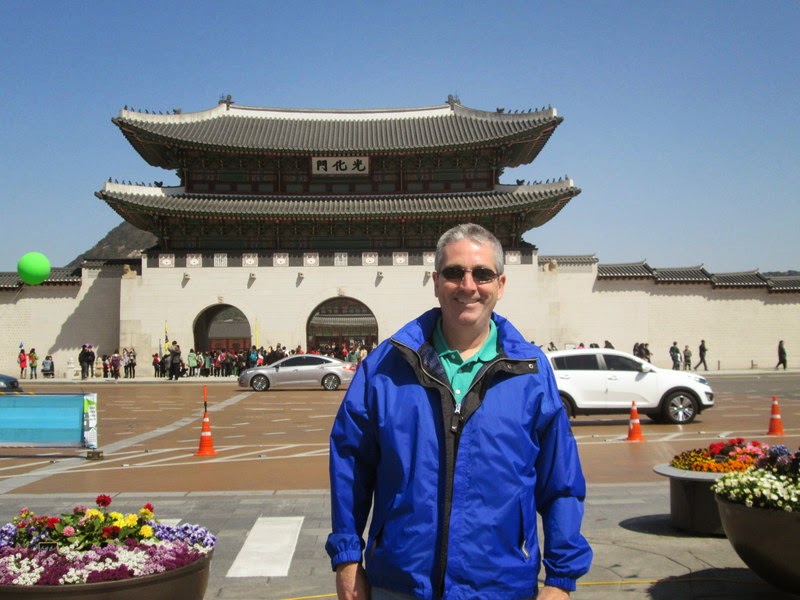 From here, we walked across the street through Gwanghwamun Gate past the perfectly stoic guards in their brilliantly colored outfits into Gyeongbokgung Palace. 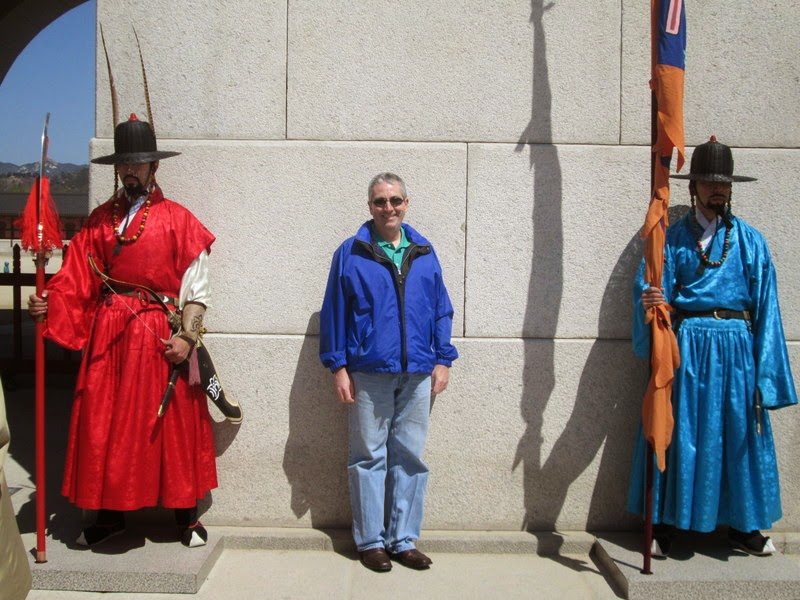 The guidebooks compare this to Beijing's forbidden city. I've never been there but this was certainly a bucket list site to visit. This is the third incarnation of the palace. It was first built in 1395, then destroyed 200 years later, then rebuilt in 1867, then destroyed again in the 1900's. Civic groups have been working hard to restore the palace since the devastation of the early 1900's and it really shows. 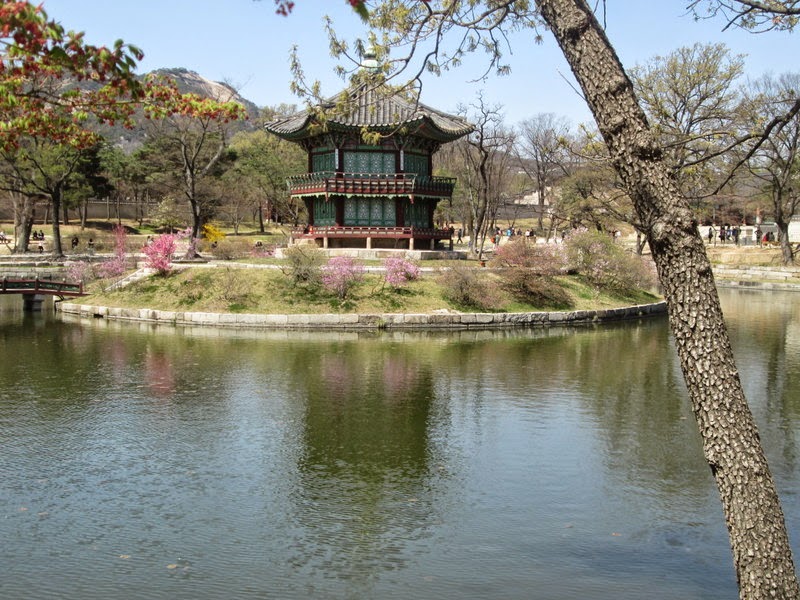 In addition to just admiring the beautiful buildings, there is much interesting history here, as well as great illustrations of details, such as the clever system used for central heating of the buildings by building charcoal fires in alcoves in the stone foundations and blowing the heated air under the main building floors.

My favorite section was the throne hall and its great adjoining courtyard (Geunjeongjeon), with the intriguing "rank stones" (pumgyeseoks), indicating how the officials are to assemble by rank during important ceremonies. 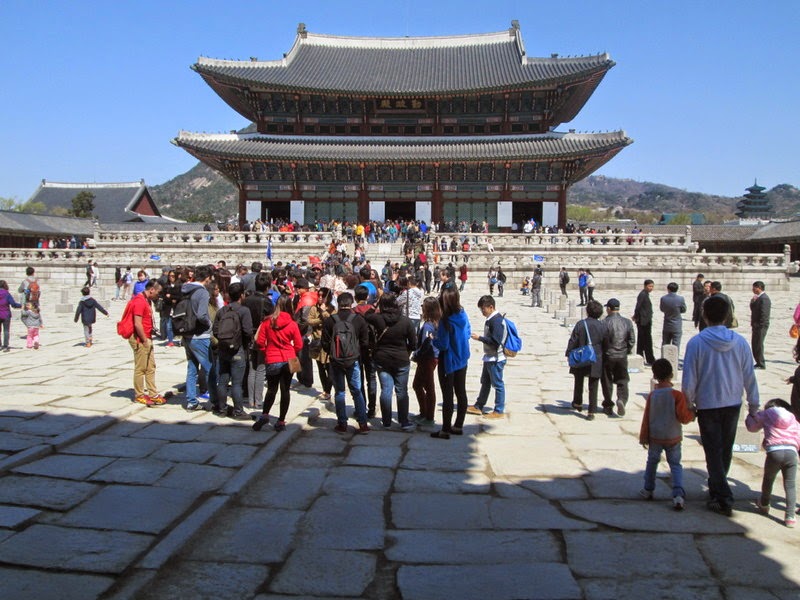 As with all the places we visited in Seoul, we had far too little time for this beautiful palace and its grounds. You could easily spend an entire day here, walking through the gardens, visiting the museums, admiring the buildings and learning about their history.

Even though we sort of raced through it, I really enjoyed visiting Gyeonbokgung Palace and would strongly recommend it to anyone visiting Seoul.

Posted by Bryan Pendleton at 5:33 PM