Visiting the War Memorial of Korea

I rose bright and early for my last day in Seoul. Our bus to the airport didn't leave until noon, so, after a nice breakfast, I thought I'd try a bit of an adventure on my own.

I went to Yeongdeungpo Station but I picked the wrong track and managed to end up on the track for the express train.

Which only runs every 15 minutes.

And only goes as far as Yongsan.

So at Yongsan I finally got on the correct train to Seoul Station, then transferred to the 4 line and got off at Samgakji station.

The War Memorial of Korea is right at the station, a quick five minute walk.

NOTE: The Korean War National Museum is something completely different, in Springfield Illinois. My visit was to the War Memorial. Don't be fooled while surfing the net.

The museum sits on an immense area of land, across the street from the Ministry of Defense. 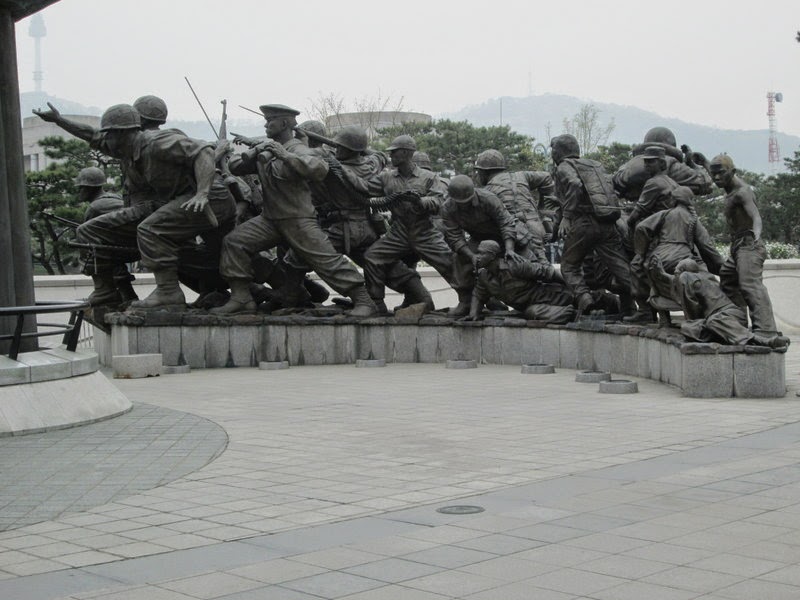 An enormous plaza in front of the museum has several world famous sculptures which were quite interesting. Best known is "The Brothers", while a newer sculpture is the Tower of Korean War, erected for the 60th anniversary of the war. 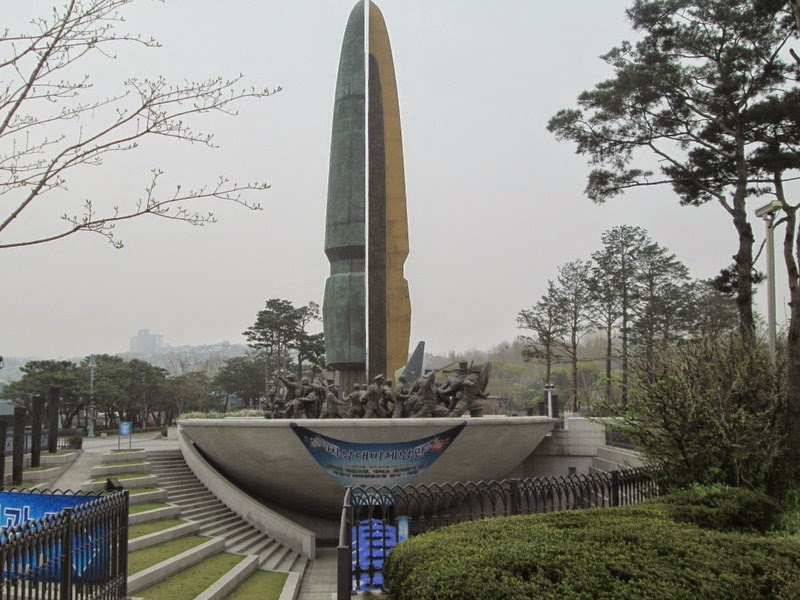 Inside, the museum is vast. It has four full floors in two main wings, with many exhibit rooms. I could easily have spent 8 hours in the museum, but as I had barely 45 minutes to spare, I raced through trying to see as much as I could.

The Combat Experience room looked fascinating, but no time, no time.

Although the main focus of the museum is the 1950 war, the museum actually covers all the wars through the ages and the exhibits about the older wars are as fascinating as the modern ones. For example, an entire pavilion is dedicated to the great Admiral Yi Sun-sin. 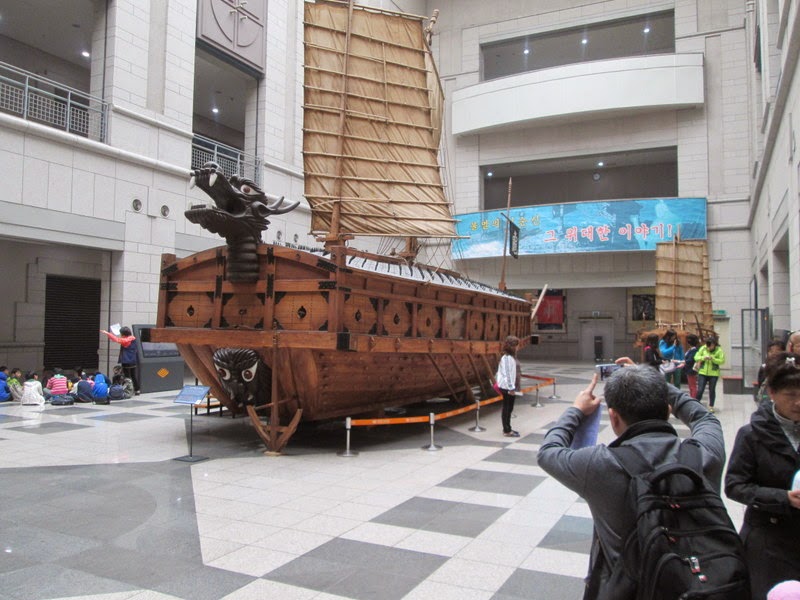 The museum was full of school groups, even at 10 AM on a Saturday morning, all big eyes and excitement to see all the sights.

The most dramatic room in the museum is the Memorial Hall, which is deeply moving. It is truly one of the most beautiful memorials I have ever seen and worth the trip by itself.

Out back are acres and acres of planes, tanks, jeeps, boats, howitzers, etc., all covered with hundreds and hundreds of children investigating every last nook and cranny. 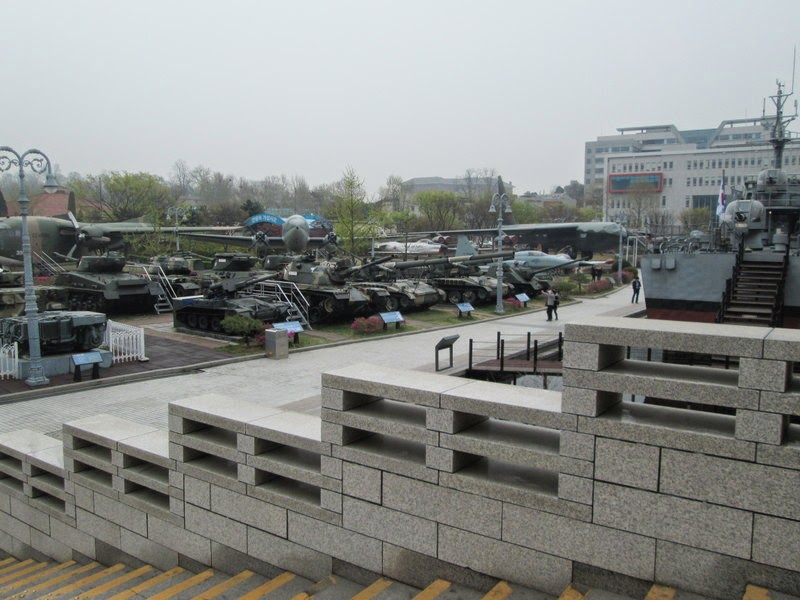 If you can't make it to the museum, well, you could always take the virtual tour. 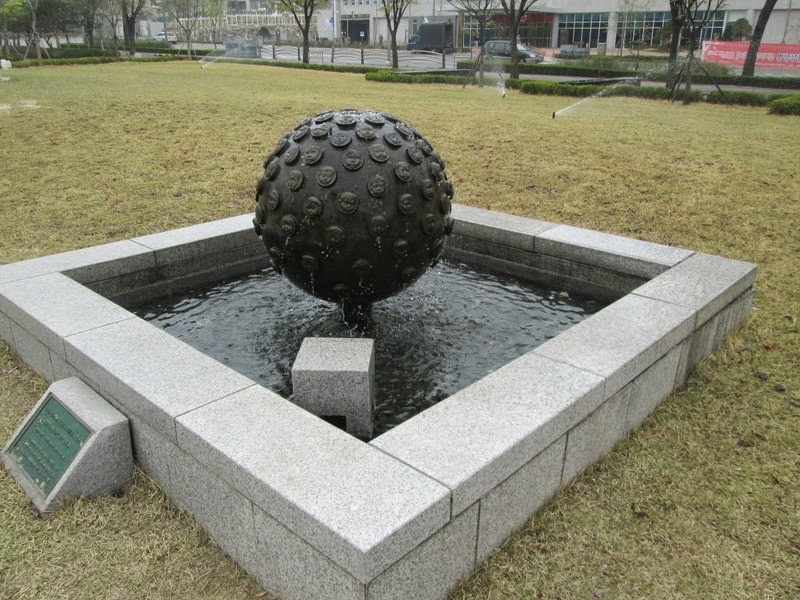 Although I didn't spend anywhere near enough time at the museum, I'm still glad I went, and would gladly visit again, if I ever get the chance.

Posted by Bryan Pendleton at 6:29 PM