On one of our "off" days, we happened to be going from someplace to somewhere else, and we found ourselves walking along a concrete walkway. As I recall, it was a pedestrian overpass which led from the Noryangjin Fish Market to the Noryangjin Subway Station, and passed over some railroad tracks in between.

As I said, it was just a walkway, sort of like the one you find between the Coliseum BART Station and the Oakland/Alameda County "O.com" Stadium.

Except that, as we rounded a corner in this particular walkway, there was a man sitting quietly in the corner, sitting on a milk carton, with an umbrella to protect him from the sun. 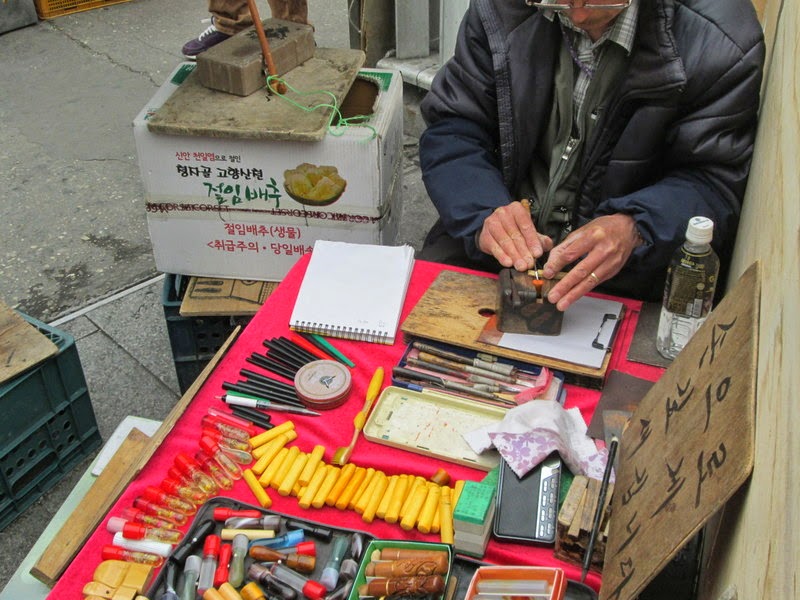 My friend Stephen paused, and got my attention, and said, "I know what this man does! For a fee, he will hand-carve you an inkpad-stamp, with any sort of custom design on it, for you to have as a souvenir."

Well, I was intrigued, and after a bit of this and that, I picked out a handsome blank wooden stamp, and my friend Guenjun quickly drew some Hangul characters on a piece of paper for the man to carve.

He placed the blank stamp into a simple wooden jig on his table, lined up the paper, selected one of his carving tools, and went to work. 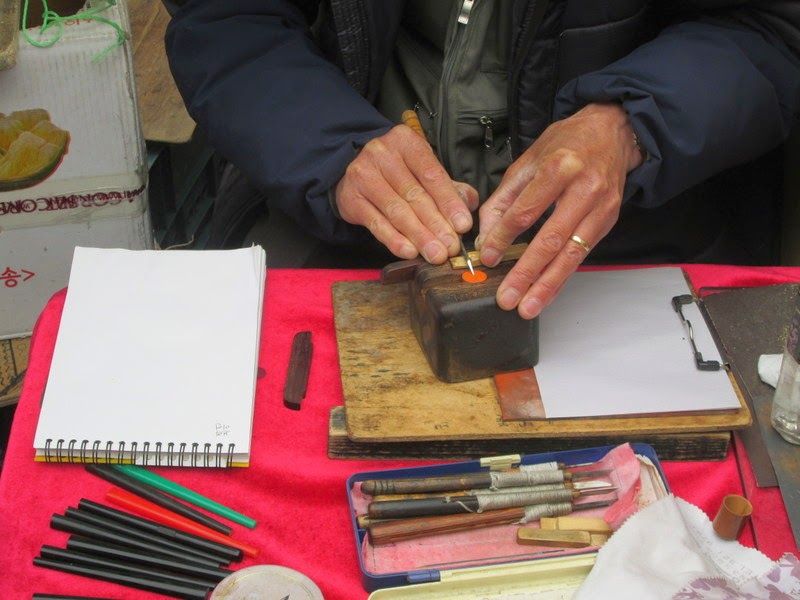 In barely a minute or two he had carefully carved the stamp.

Here's what it produces:

Now, you probably don't know any Hangul (and I'm only just beginning to learn it), so I'll Romanize that for you:

Since it was somewhat elaborated for effect, you might take a second to realize that it actually spells:

Now, beyond the simple beauty of the design and the skill to hand-carve it, you ought to think about a few other things:

I sat as he carved, and watched in fascination. 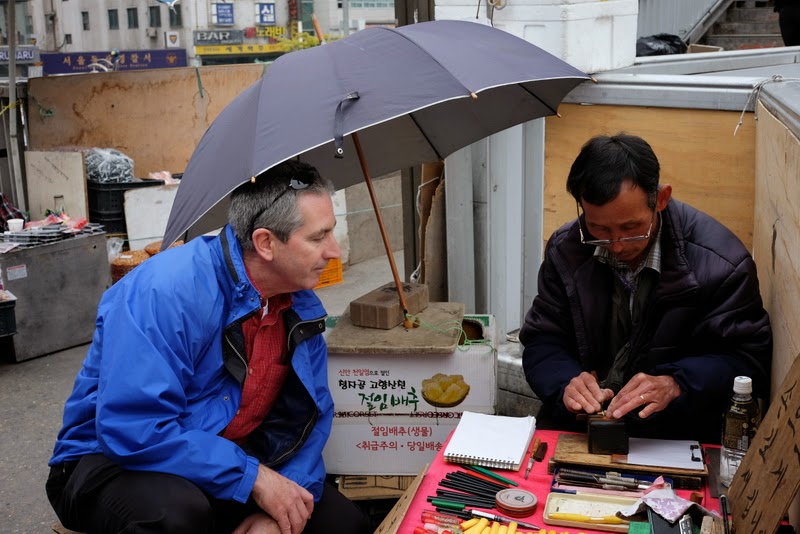 So, print your name, then think about what you'd have to carve away from a blank piece of wood so that you got the mirror-image inverted representation of those letters on an inkpad stamp.

Myself, I've got the stamp at my desk now.

And, whenever anybody comes by to "shoot some ideas by me," or "get my reaction to something they're thinking about," I can (pause for effect), then give them the honest-to-goodness

stamp of approval.
Posted by Bryan Pendleton at 5:53 PM