We have a nice breakfast at the Carlton, then set out on the road.

After a little bit, we find ourselves in Timoleague, where there is a beautiful old abbey. We wander through it and take some pictures, and leave a small donation (something we've done from time to time at the other places we've visited, when they didn't have a more formal entrance fee).

We drive a bit further, through some small towns, only occasionally getting lost, through Clonakilty and Rosscarbery and down to a place called Dromberg, where there is an ancient stone circle and some Bronze Age ruins.

Okay, I'm not describing this adequately.

Calling the Dromberg Stone Circle a prehistoric site is definitely not doing it justic. 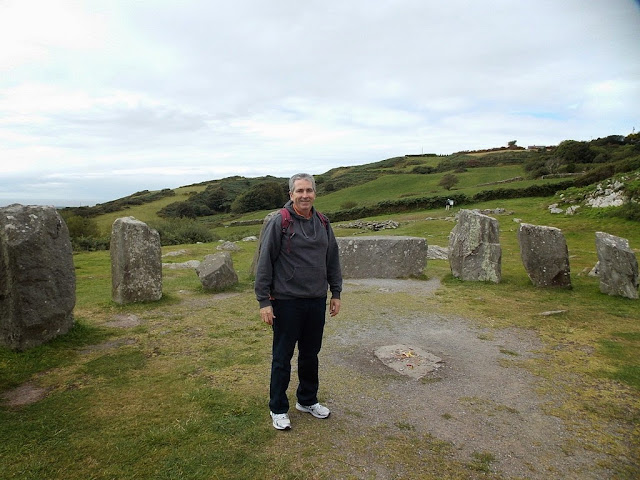 The circle is imposing, and eerie, and startling, and disquieting. It is located on the hillside in a quiet stretch of farmland, with a commanding view down the hills to the Atlantic Ocean.

The stones in the circle are massive; you feel small standing next to these hulking masses. And it's clear, even before you read the signs and walk about and line them up this way and that, they they aren't just randomly placed: they are arranged. 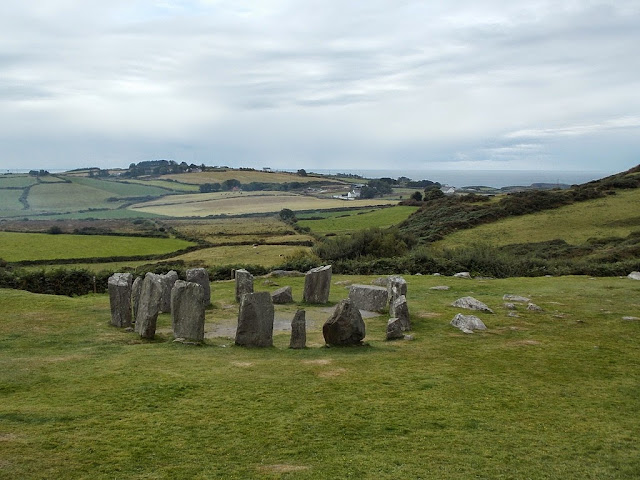 The ruins of two small buildings a few dozen yards from the circle are, in many ways, not so mysterious: they clearly were the foundations of shelter for the occupants, and they hold structures that are fairly self-evident (the sign explains that one of the buildings, which contains a still-flowing well, was evidently built to create a surprisingly useful water pool, which could be heated, even boiled, using stones heated in the adjacent hearth, allowing the occupants to cook food, wash, clean, even just relax).

But the circle is more frustrating: it just sits there, challenging you with its presence, existential proof of some great purpose to justify such great effort, but mute about the details.

But what does it all mean? We sit, and stroll, and look, and muse. It is moving, that's for certain.

We leave Dromberg and return to Clonakilty.

Clonakilty is close to the perfect Irish village, in my opinion. It has all the charm, beauty, setting, and atmosphere of towns like Dingle, Kenmare, Killarney, Adare, or Kinsale, but it is mostly unspoiled by the tourist crush. There are no tour buses, no gaudy trinket shops, no fighting your way through streets to crowded to walk down.

And don't forget about Clonakilty Black Pudding, part of your perfect Irish breakfast! 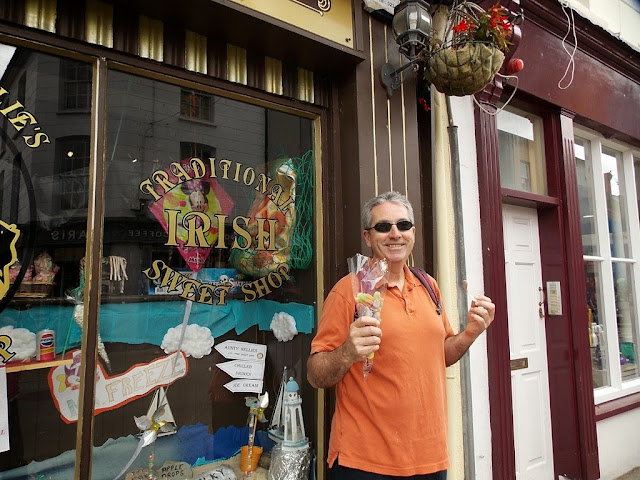 We walk for a bit, looking at the stores and houses, buying a bag of sweets, enjoying the town, until it starts to rain. Then we pop into Scannell's Pub for a just-right pot of tea and a chocolate brownie with clotted cream, sitting happily at the bar and listening to all the locals come through and chat with the barman about the latest news of this and that.

We leave Clonakilty intending to find a stone fort nearby, but I don't have the directions right, and instead we find ourselves at the Michael Collins Centre. I'd call it a labor of love but I think it would be more accurate to call it a labor of family history. It is a converted farmhouse, owned by descendants of Collins, who have assembled an extensive collection of information about his life and times.

We park, and pay an admission, and are ushered to a room which has been converted to an auditorium, where a gentleman is narrating a slide show about Collins.

He is extremely well-informed about Collins, and extremely engaging, but there is only so much information that we are prepared to absorb about Collins, so after about 45 minutes we decided that we had to move on, and took our leave.

We returned to Kinsale, getting back just in time to take the harbor cruise, a peaceful trip through the beautiful harbor, accompanied with a nice narration to explain the fabulous views. 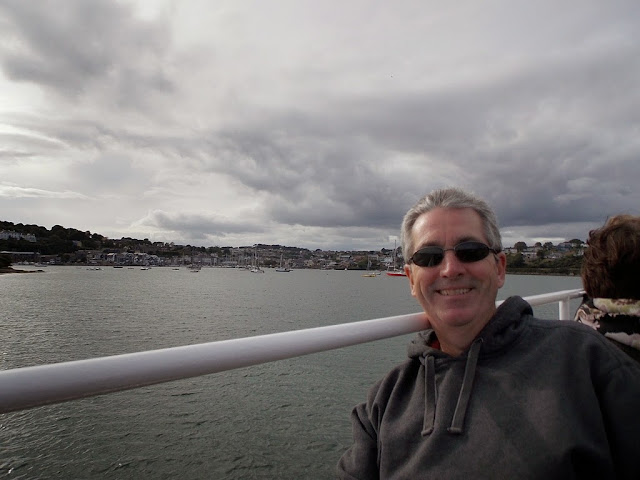 After the harbor cruise, we took a short walk through some of the sections of Kinsale that we had missed the previous evening. Desmond's Castle, though not much of a castle, has some fun history to go with it, while St. Multose Church, still in good condition and still in regular use, was built, amazingly, in 1190 A.D.

It was in this church that Prince Rupert proclaimed Charles II as King, after hearing the news that Cromwell had had King Charles I executed in London. 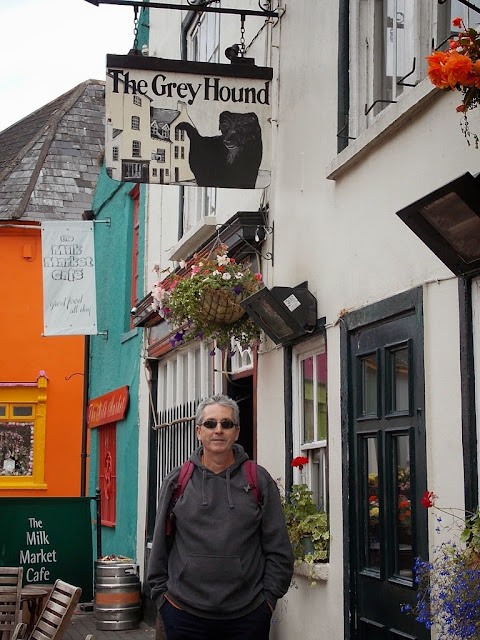 We find an Indian restaurant on a side street of Kinsale where we have yet another yummy dinner, then return to the hotel for an evening swim and a drink at the hotel bar, with its glorious view of nearby Oysterhaven Bay at the mouth of the River Stick (yes, there is a River Stick; it joins Belgooly to Oysterhaven Bay. So there.).

Posted by Bryan Pendleton at 7:21 PM